The store will not work correctly in the case when cookies are disabled.

Menu
Account
Settings
Hot Rox UK Default
Currency
GBP - British Pound
Skip to the end of the images gallery
Skip to the beginning of the images gallery
Details
A stalwart of the British blues rock scene for more than 40 years, John Verity cut his teeth touring the US back in the 60s and 70s and sharing stages with legendary acts such as Jimi Hendrix, Mountain, Canned Heat and Janis Joplin. By the time he was 23, John had released his first solo album, The John Verity Band, before being asked to front the classic UK rock outfit Argent.

After Argent, John put together Phoenix with Jim Rodford and Bob Henrit (of Argent and Kinks fame, among others). Decades spent as a session man or producer for the likes of Motörhead, Saxon, Ringo Starr, Russ Ballard, BowWowWow, Keith Emerson, Mike Rutherford, The Searchers, and many more have given him a discerning ear for the killer tone. John's current band features members of The Kinks, The Shadows and Wishbone Ash.

They tour the UK and Europe constantly, playing some of John's favourite blues material, some of which features on his 2012 release It's A Mean Old Scene. A tone hound, perfectionist, and experienced player, John has embedded in his very soul the ultimate tone for the classic, double cut 3 single coil pickup guitar. His knowledge and Trev Wilkinson's expertise have created the Fret-King Black Label Corona JV, John's ultimate personal guitar. With a two piece centre-joined American alder body coupled to a Canadian hard rock maple neck and fingerboard, the tonal heart of the JV is a balanced, calibrated set of three custom-wound, vintage voiced, single coil alnico V pickups wound to an authentic Trev Wilkinson recipe. As ever, there's the Fret-King twist; the Power-coil®, eliminating hi-gain noise, making the pickups just that bit hotter, even with the power backed off, and maintaining that all-important single coil tone.

The Wilkinson WVP vibrato system, with its heat-treated solid steel saddles, steel block and E-Z Lok locking machineheads, ensures pitch stability and rock solid tuning. In Original Classic Burst finish, with gold hardware and parchment scratchplate, the Fret-King JV looks as good as it sounds! As John himself says: "It's the sound I've had in my head all these years the best guitar I've ever played! 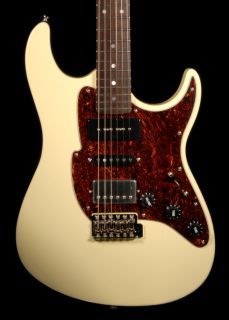 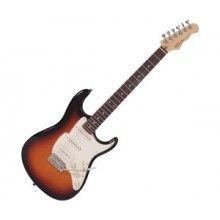 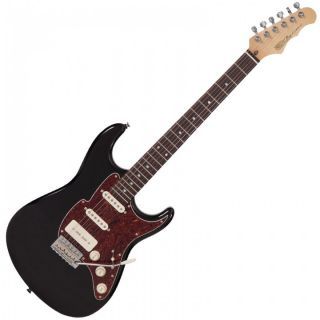 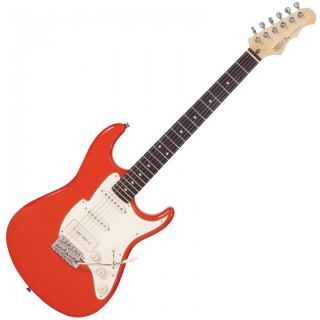 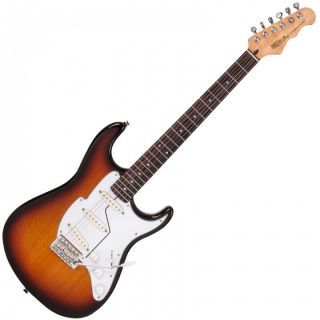